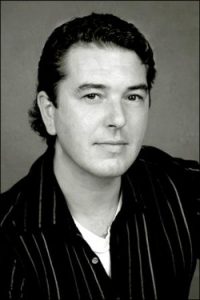 Mr. Bykov graduated from the Kiev State Ballet Academy (Ukraine) in 1988, and joined the Malyi Theatre of Operaand Ballet in Kiev as a principal dancer. In 1995, he received a Master’s Degree from the Kiev National Institute of the Arts. Vladimir has performed in leading roles including The Nutcracker, Sleeping Beauty, Harlequinade, Romeo and Juliet, and the Rite of Spring. Vladimir toured throughout Europe and came to the U.S. in 1996, where he danced with El Paso Ballet, New Mexico Ballet, Albuquerque, and Dallas Metropolitan Ballet. He has been a ballet instructor at the University of Texas, and was awarded Outstanding Male Newcomer by the El Paso Association for the Performing Arts in 1988. Before joining Central Florida Ballet as Ballet master, Mr. Bykov danced with Southern Ballet Theatre (now Orlando Ballet), and also served as a teacher and coach for the company. In 2004, Mr. Bykov was appointed and accepted the Artistic Director’s position with Central Florida Ballet. 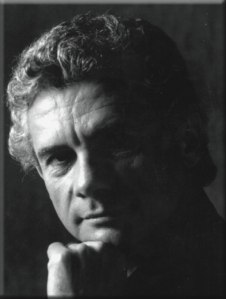 Jean Logrea was trained at the Scoala Speciala in Cluj, Rumania, in classical ballet, character, and folk dance. He was principal dancer at the Opera House Cluj, as well as a teacher at the affiliated school for nine years. He toured extensively throughout Europe and the USSR, dancing such major roles as Mercutio in Romeo and Juliet, the Jester in Swan Lake, the Pas de Deux from Le Corsaire, the Peasant Pas de Deux from Giselle, and The Rocker in The Miraculous Mandarin. Following seven years as principal dancer at Opernhaus Graz, Austria, he moved to the United States to serve as co-artistic director of the Westchester Ballet Company and co-director of the Logrea Dance Academy. He performed the role of the Cavalier in the Westchester Ballet Company’s Nutcracker until 1992, and continues to appear as Uncle Drosselmeyer. 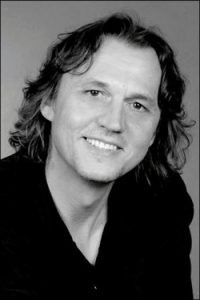 Born in Transylvania, Romania, Mr. Petrutiu trained at the Romanian Academy of Fine Arts, and graduated at the top of his class with the highest degree in the field of dance. After graduation, he joined the Romanian National Opera and Ballet in Bucharest where he was spotted by the great director/choreographer Oleg Danovski, who invited him to join The Classical and Contemporary Ballet of Romania as principal dancer, touring extensively throughout Europe, Canada and the United States. In 1982, he defected while on tour in the USA. In 1984, Mr. Petrutiu established his residency in the United States, and later got his US citizenship. He held the Principal Dancer position with several companies including Pittsburgh Ballet Theatre, Cleveland-San Jose Ballet, Dallas Ballet, Tulsa Ballet Theatre, Nevada Dance Theatre, Royal Winnipeg Ballet, and Alberta Ballet. His distinguished career encompasses an extensive list of leading roles in the great classical ballets and many contemporary masterpieces.

During his dance career, Mr. Petrutiu worked with noted personalities such as Frederick Franklin, Reid Anderson, Natalie Krassovska, Laura Alonzo, and Flemming Flindt. In addition to dancing, Mr. Petrutiu also acted as a master teacher, school director, ballet master, choreographer, and artistic director for several companies, most recently Southern Ballet Theatre (now Orlando Ballet) in Florida. Under his direction, SBT successfully eliminated its trailing deficit of over 400K, tripled season subscriptions, and earned a surplus of 100K by the third year of his leadership.

In 2000, Mr. Petrutiu founded and incorporated The Ballet Academy of Central Florida and the Central Florida Ballet, guiding the two organizations to great success. The Academy reached an enrollment of over 300 students in just four months, and the professional company made its debut with Tutus, Tangos, and More. This program featured several of Mr. Petrutiu’s ballets and was a smash-hit debut for the new company. In 2004, Mr. Petrutiu’s Nutcracker Production reached international attention, being featured in USA Today and later highlighted by CNN Headline News as one of five outstanding productions in the nation. Mr. Petrutiu engaged many international stars including Gelsey Kirkland, Fernando Bujones, Angel Corella, Irina Dvorovenko, Maxim Beloserkovsky, Sascha Radetsky, Yanis Pikieris, David Palmer, and Dragos Mihalcea.

In 2007, Mr. Petrutiu inaugurated the World Ballet Competition, which became the first ballet competition to be entirely broadcast on the internet (with 148,000 viewers), and generated numerous magazine features, including a five page layout in Dance for You Magazine based in Germany. Mr. Petrutiu is excited to continue working with professional dancers and students as well as to bring quality in dance to Central Florida. 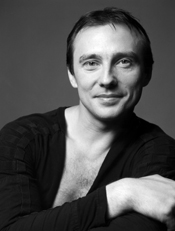 Born in Kharkov City, Ukraine, Plotnikov received his training at the Kiev-Ukraine School and the St. Petersburg Vaganova Ballet Academy. From 1987 to 1990, he was a soloist with Donetsk Ballet Company in the Ukraine. Plotnikov held principal dancer positions at Ballet Mississippi and Tulsa Ballet Theatre between 1990 and 1993, before joining Boston Ballet as a principal dancer in 1993, where he performed until 2006. He has danced major roles in extensive classical and contemporary ballets by many of the major choreographers, and has toured extensively in Russia and the US.

In 1998, Plotnikov’s extensive performance career lead to choreographic inspiration. Since then Plotnikov has created a myriad of original works for numerous organizations and individuals, often to great acclaim. These include solos and duets performed at International Gala Performances and as part of international ballet competitions, with musical taste ranging from Brahms to Pink Floyd. From 2002 to 2005, he received rave reviews for his choreography and as co-director and co-producer of the choreographers’ showcase Raw Dance, in collaboration with Boston Ballet and Boston Center for the Arts. He has since created original, commissioned works for companies including Boston Ballet, Cincinnati Ballet, Pittsburg Ballet Theatre, Richmond Ballet, New Jersey Ballet, and the Bolshoi Theatre.