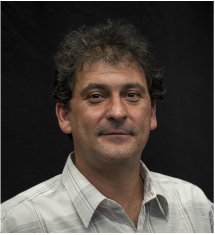 Mr. Cosmin Marculetiu is a native Transylvanian from Sibiu, Romania. At age 9, Cosmin was discovered in a nation-wide search for artistic talents and accepted into the Academy of Arts and Choreography in Cluj-Napoca, RO. He completed the Academy with honors, and also received certification in pedagogy and choreography. After graduating, Cosmin was engaged as a soloist with the Romanian National Ballet in Cluj-Napoca, RO and the touring company Europe Ballet. He continued his professional dance career with the Croatian National Ballet in Croatia’s capital, Zagreb. Cosmin danced in various productions and commercials produced by Zagrebacka Televizija, which was the leading television network in Croatia. In 1992 he was engaged as a soloist with the Landesbuhnen Sachsen in Radebeul (Dresden), Germany where he danced for 10 years. The Sachische Zeitung and The Morgen Post followed his dance career and published many excellent reviews and articles about his life and performances. Cosmin has established himself as a master ballet instructor in New England and the East Coast since his arrival to the USA in 2002. He was on the dance faculty of the Boston Arts Academy, and was an artistic associate at Jose Mateo’s Ballet Theatre, where he coached, taught, and rehearsed students and company members.

Cosmin has also received excellent reviews for his performances in various productions from the Boston Globe, the Boston Herald, and the Metro.

In August of 2010 Cosmin founded the International Ballet Academy of Norwell which is a 501 (c)(3) nonprofit organization dedicated to serve the South Shore of Massachusetts, New England and artistic communities abroad. 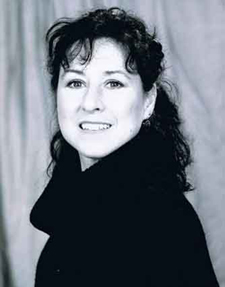 Ms. Melinda Marculetiu began her training at age 6 with The Virginia Beach Conservatory of Arts, where she was enthusiastically instructed by Betty Jean Walker, Virginia Biggs, Teresa Martinez, Silvia and Colin Worth, Richard Hicks, and others.  Starting at the age of 12, Ms. Marculetiu was awarded a full merit scholarship from the Conservatory, which she diligently earned each consecutive year.

Upon graduation from Radford University, Ms. Marculetiu was engaged as a professional ballet dancer with the Croation National Ballet in the capital city of Zagreb, where she performed for many years.  While in Croatia, Ms. Marculetiu filmed commercials, cultural programs, and movies for Zagrebacka Televizija and the Croation National Filming Company, Jadran Film, and performed each summer in the Dubrovnik Summer Festival. In 1992, after seven seasons with the National Ballet, Ms. Marculetiu accepted a position with the Landesbuhnen Sachsen as a professional dancer. Following her move to Dresden, Germany, Ms. Marculetiu was, in addition to being a dancer, a ballet instructor, teaching all levels of ballet and choreographing many children’s performances.

In 2002, Ms. Marculetiu returned with her family to the United States, eager to serve the community and enthusiastically educate the next generations of dancers with the knowledge and experiences she gained during her career as a professional dancer and pedagogue.  Ms. Marculetiu has instructed at several non-profit and private dance schools in Massachusetts and other New England states, as well as provided Master Classes and worked with Summer Intensive Ballet Programs on the East Coast as far south as Florida.

Ms. Marculetiu wishes to thank all of her teachers, and she is extremely grateful for their guidance, encouragement, and the knowledge that she has gained personally because of all of their efforts; she is striving with passion to continue the cycle of quality training.

Kayla Cote was born in Brookline, NH where she received her early dance training. She earned a BS in Dance from Dean College in 2010. Kayla has been an IBA faculty member for Modern and Lyrical Dance since 2012 and occasionally performs in IBA productions.

Bethany Jo Kalalau (Bets) is a native of Belize where she received her formal dance training. Bets began her teaching and choreographic experiences in 2009 and currently performs locally as a Modern dancer.